Raishean, My Teacher and Muse

I met Raishean Garret in late 1987 or early 1988 via my then boyfriend friend Aaron.  We first met at the glasshouse a resturant/bar where we would go usually for a meal before heading to the clubs most friday and saturday nights.  We became fast friends and we became a regular trio at the clubs.  Raishean who was around 18 or 19 was a highly sought after fellow... A mix of good looks and a larger than life character.  While some were very lucky to have a date It's safe to say he broke a ton of hearts and had a reputation that telling a lot of people "No" would  engender.  Going to the club with him opened my world to the gay scene and even though he was 8 years younger he took me under his wing...  Coming out at 27 was both wonderful and confusing and he taught me a lot about how to navigate the scene.  Being popular he introduced me to so many people and that gave me a sort of credibility that fast tracked me to having many friends in the club and in the Detroit scene.  He also was my original muse when it came to my photography having bought me a book that opened both of our eyes to images of men and specifically black men photographed by Mapplethorpe and others.  The images we took came out great and as he shared with friends I got many requests for my photography. To be honest I haven't stopped photographing men for 30+ years!  In someway the longest thread of word of mouth ever experienced.  In 2014 I published Blackbook30 which is my critical response to Mapplethorpe's original Blackbook.
After Aaron and I separated my relationship with Raishean moved to more than best friends and while it didn't last very long we remained friends to the end....  While I do not know that he ever held more than a handful of fashion retail jobs around Detroit I know that he had family who provided him the shelter and care when he needed it most.... He was a smart, caring and immensely loyal person who was loved by many.  He ushered me through a major transition in my life and always kept me safe along the way.  His impact on me in incalculable.  The final testament is the friends and those relationships I still carry from my first years in the life and the hundreds more I have made through my photography that started with him. 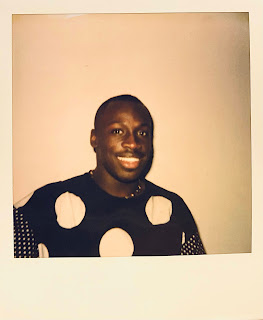 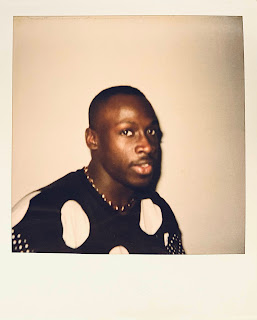 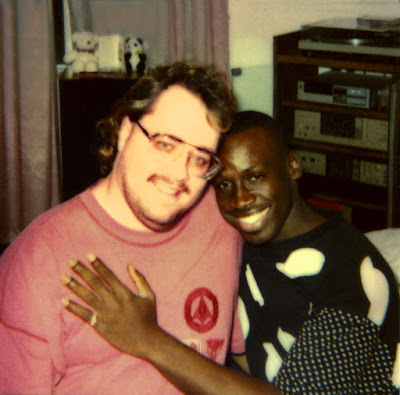 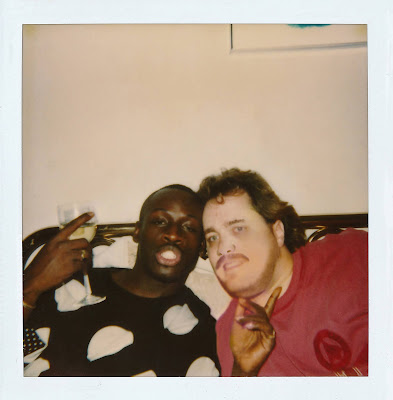 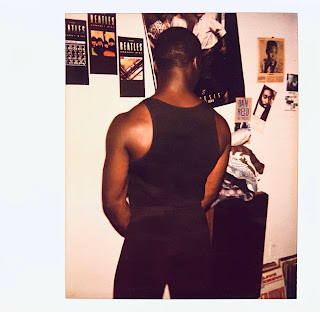 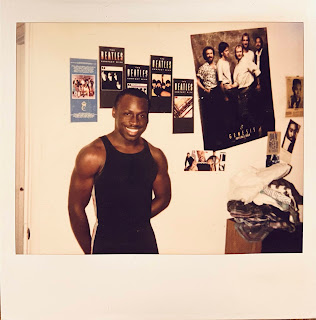 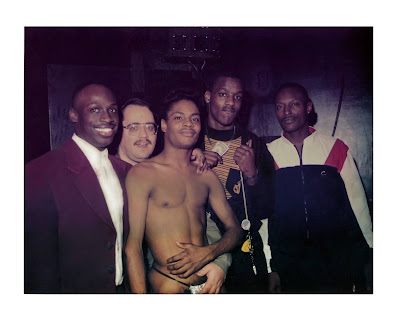 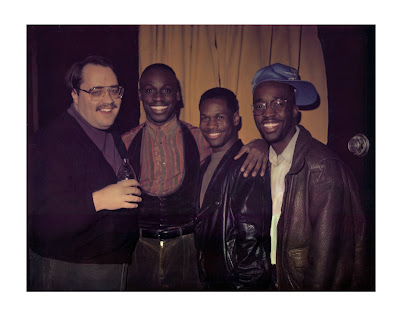 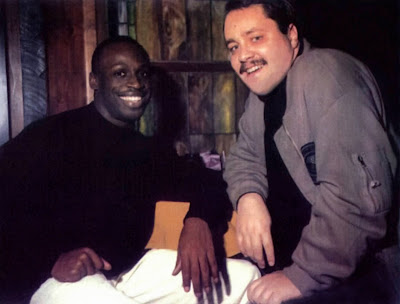 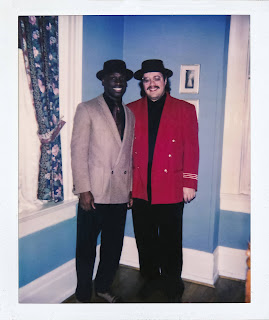 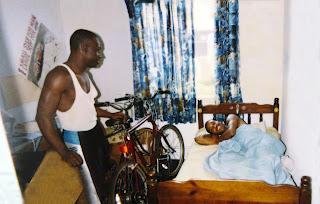 I wrote the following forward/dedication for my book that his initial images inspired...
Searching for Dennis Speight
My interest in photography goes back to when I was 8 and I inherited my mother's old Kodak Brownie Hawkeye camera. The body, made of smooth dark brown Bakelite was my first and last, large format camera, and while the camera is lost to time I still have a photo of it hanging from a strap in my mother's hand as she stood in the driveway of the Whitehouse on her senior trip. It was a simple camera for simpler times. I was further nurtured by my uncle Peter who had a darkroom in his basement ... as a naturalist he would often take me for hikes in the woods, allowing me to use his heavy 35mm Canon camera and later enjoy the mystery of film development and the printing process. I was hooked. I logged hundreds of school yearbook darkroom hours as I became quite adept at printing.
When I went to University, photography mysteriously took a back seat to my illustration and painting classes where I preferred to create images with my hand and imagination. Six years after graduation I was still more into painting images. I was fascinated by vivid layered translucent lunatic dyes and I would often reproduce Interview Magazine images shot in Black and White by Richard Avedon or Herb Ritz and re-envision them in color as practice. I was at the same time flirting with the idea of painting nudes. My boyfriend at the time, Raishean Garrett, bought me my first photo book, The Naked and the Nude, which chronicled the nude in photography from 1939 to present. I was using a simple camera at the time to take reference photos for my paintings, but as we flipped through the images in the book we both stopped cold on page 210. A full- page image of Dennis Speight, holding a bunch of calla lilies in black and white and photographed by Robert Mapplethorpe. I knew I had my next project, but Raishean was thinking something completely different.
As I worked on the re-imagined painting, he suggested that he would like me to take a photo of him for my next painting to which I agreed. I borrowed a friend's Canon AE1 as I wanted a higher quality image.  The photos were taken but the painting never happened. We were both caught up in the images we had taken together. I was caught by the immediacy of the images and needless to say I soon invested in my first Pentax 35mm camera. Rachine who was well connected in the black gay community in Detroit began to share his photos with friends who soon asked to be photographed as well.  Painting fell away to photography completely and 30+ years later I have yet to advertise my services as word of mouth continues to keep me creating. That in itself seems quite extraordinary to me!  As I am often compared to Mapplethorpe, I have read many books and dissertations surrounding his work over the years and he remains a complex individual to me. In preparing this book, I felt it important to try and dig even deeper into the whole story by trying to look at the various models Robert employed, more importantly the model Dennis Speight who for me was there at the beginning of my journey.  Unlike Milton Moore, Ken Moody or Jack Walls, Dennis seemed to be more enigmatic.
I was able to find out that he was born in February 1958 and died in July of 1987 just on year after his iconic images appeared in the original Black Book and two years before Robert died from complications from AIDS. Sometime in the early 80's Dennis entered into a sexual relationship with as well as model for Robert. The iconic images Terrae Motus 1 and Terrae Motus V book end a 5 panel pentaptych created in 1983 for the Neapolitan art dealer Lucio Amelio as a reaction to a series of devastating earthquakes in southern Italy in 1980. The first image shows Dennis holding a grouping of large thorns wearing a short cropped fade hair style and the later image the bunch of Calla Lilies now with short twisted dreads indicating a significant time frame between the two images. They continued to work together for a short time and made many other images but the relationship was ended by Jack Walls who was jealous of Roberts new muse.
In the early 1990's I remember seeing gaunt images of Dennis in an old dogeared adult magazine ... the images were clearly not artistic and together with his appearance saddened me. I sought out more from various people who knew Robert including Jack Fritscher and Patricia Morrisroe, neither of whom had any idea save that he probably disappeared into time like many gay men of that time.  While I could not fully find Dennis Speight, I still had Raishean who I last saw in 1996 when he moved to North Carolina to live with his sister. Sadly he too passed away in 1997 from complications from AIDS. There is a combined influence and intersectionality of these two men in the direction of my art, in the direction that my life has taken these last 30 years that cannot be underscored or over estimated. In 2005, I started a blog as a channel to share my life and work with the world. I employed a tag line, exploring my life and others through photography and in the process I have come to feel that my work comes from a wholly different place than Robert's and is based in the numerous relationships that have informed and influenced my life. It began as an epiphany and has become a fulfilling phenomenal journey.
- Christopher Cushman, Toronto, Canada 2013
To Buy a copy of the book clickon Blackbook30 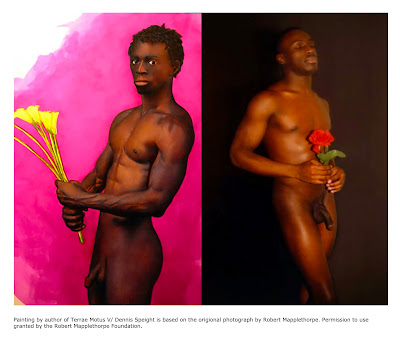 Note: All images and text (not specified) is copyrighted by Christopher Cushman. This site does not specify or denote the sexual orientation of any model and as such please post your comments accordingly.
Posted by EpiphanyNoir at 9/19/2020 07:30:00 PM No comments:

A New Book For A World 30 Years Later! 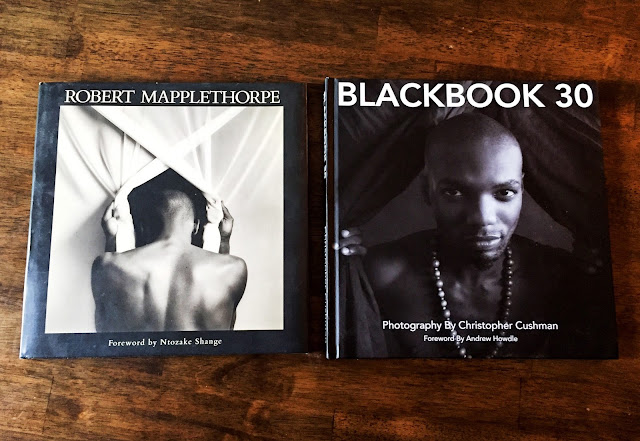