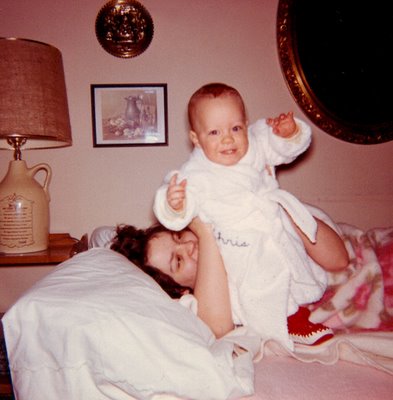 I'd like to say that Mothers Day was spent spent-having dinner with the family, having a good time... This year it was not to be as Mom became drastically ill shortly before the weekend. I made my way back to Grand Rapids to be there... it was that bad. Each day was spent in the waiting room or being by her bedside, letting her know we were there. Chatting with my father, brothers, sisters and in-laws... we re-shared many good stories and moments throughout the weekend. On Sunday... Mothers Day, Mother was better, could understand us... tried to talk but was only able to mouth the words she was speaking due to the respirator. She told me that she loved me and that I was not to forget that... I told her the same. It was then that I really became scared in a deeper way, I cant explain why, I just was.

My brother brought his daughter in the room.. the youngest in the family. Its no secret that Mother is taken with her in every-way, but when she came into the room in my brothers arms Mother lit up like someone had just rejuvenated her from her illness...arms outstretched, IV's and all. I caught the look in her face and was struck by what I saw in her eyes. In an instant it took me back all 46 years! I had seen that look before, a look only a mother could give... more importantly it told me everything a son could hope for ...the pure love of a Mother. The look of hope for the future. Mother is a little better today due in-part to the youngest member of our clan.
Posted by EpiphanyNoir at 5/17/2006 09:17:00 PM 1 comment:

It's not always easy to say how you really feel to someone, especially in my family. Its not that We don't have the feelings, its just that they run deeper and it isn't easy to express them to each other. Add to that there has been a thing hanging out there with my parents for a few years now, not sure how it got started, not sure what it is all about but I've grown tired of it because it separates us. My memories of my childhood are nothing short of magical to me. I have good parents and more specifically this week a great mother who I believe understands me on some level, knew that I was different and supported me when I needed it the most, allowing me to grow up to be who I am today. Though I have toughed up over the years, I am a soft person of deep emotion and creativity on the inside and I owe those traits to her, the one who brought me into the world. I've given it allot of thought and wanted to tell her by doing something special for her on Mothers day!

A personal thanks to the folks at Apple (ilife6) which allowed me to put it together in away that I never thought possible and the folks at You Tube who allow us to put this up for the world even when they hardly make a dime off of it!
Posted by EpiphanyNoir at 5/07/2006 11:09:00 PM 1 comment: 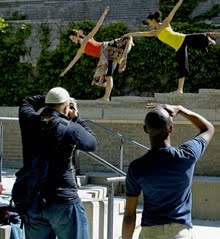 EpiphanyNoir
Christopher Cushman was born and raised in Detroit Michigan. Growing up in Detroit in the 60's and 70's gave him a unique perspective on people which is central to and has informed his work to this day. He received his degree in Design and Illustration from Ferris State University. He began his career in photography during the 80's attracted to portraiture as a means to understand the human condition. Christopher has had showings at various galleries in Detroit and at Toronto's AGO and has been extensively published. In 2004 he placed third in Wooloo's Master Picks out of a field of 24 finalists for his work entitled FIERCE! Christopher has specialized in dance photography and has had the honor of photographing dancers from over 50 dance companies including Alvin Ailey, Garth Fagen in New York and Toronto's Ballet Creole and Kashedance. In addition Christopher along with his friend Kevin Ormsby have published a book on Dance in 2008 entitled "Dance Through Life" and is completing two new volumes, one of portraiture and a documentary piece entitled FIERCE! Being Black, Being Gay. Christopher has resided in Toronto for the last 15 years.

All images and text (not specified) is copyrighted by Christopher Cushman. All models are 18 and above. This site does not specify or denote the sexual orientation of any model and as such please post your comments accordingly. 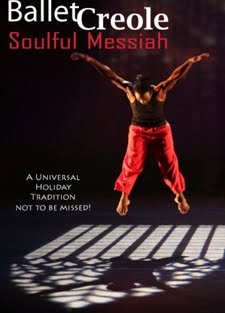 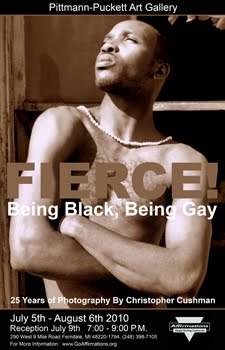 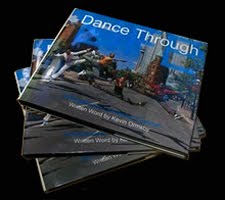 The Dance Through Life Project

Photograph project dedicated to capture the Art of Dance within the parameters of everyday life. The project hopes to capture the innate relationships between dance and everyday life. Images of dance performed in non-traditional locales hopefully demystifying dance as being inaccessible and drawing the obvious metaphor that while all can not express life with such movement and physicality, we all love with our own signature grace. Therefore we all dance.
Order your copy today by clicking on the books above! 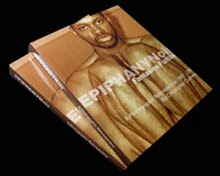 Through New Eyes: The Photography of Christopher Cushman by Rinaldo Walcott

The Black male body remains an enigma despite its over representation in the public sphere. The dominance of hip hop culture globally, driven in part, but not exclusively by the innovative sounds of rap music have made Black men a standard by which Black men and other men judge themselves in contemporary culture. However, there is a paradox, because despite the prevalence of hip-hop’s popular global impact, Black men are also still some of the most despised men in Western culture. Stereotypes of criminality, disease and danger still abound and organize Black men’s lives, even within hip hop culture. Thus representations of Black men tend to be much more restricted, than open-ended. The struggle to bring Black men into complex open-ended representations has been an on-going historical struggle. One of the most potent forms of representation in the last one hundred and fifty years has been the photograph. Photography has offered the promise to represent the real in a manner that has both seduce its viewers and baffled them with its artifice. Black male photographic representations in the last half of the twentieth century and into the twenty-first have promised to rescue Black men from the confines of mis-representation and stereotype. One of the most difficult and complicated circumstances of Black male representations has been in the realm of representing their sexuality. Black men’s sexuality is still over-burdened by a perceived threat and danger, especially now in the hyped-up era of the downlow. Then along comes Cushman. I first hear of Christopher Cushman’s photography from my boyfriend. He told me of a guy who was taking photographs of black nudes based upon how they wanted themselves to be seen, not how he posed them as his models. When I met Cushman he confirmed that he did indeed work from the models’ suggested posed and not impose his own. The idea is a great one because it allows the models agency in choosing what they believe to be an adequate representation of who they are. While it is now true that in contemporary culture subjects have learned to play for the camera, offering us artifice on command, this artifice can be understood as exposing inner senses of self and being. Cushman’s photography captures and reveals those inner desires. Look at me, many of the models seems to say. But look at me anew, is also what they seem to project and insist on. Cushman’s eye lavishes these Black male bodies with glimmers of light revealing their nuance personalities. While most of the men are naked their individuality comes clearly through. And yet, their eyes too reveal that they belong to a community, a family and possess desires, fantasies and needs. In these photographs, as viewers we are given new eyes to see beyond our inner voyeur. Cushman channels, Robert Mapplethorpe, Rotimi Fani-Kayode and many other artists, commercial and amateur photographers who seek to rescue the Black male body from the disastrous depths of mis-representation, and who almost always fall short. The conversations that his models create between his work and others whether unconscious or not reveal the profound influence of the image in our time. However, in Cushman’s eyes the Black male body is not being rescued, instead it stands on a self-made pedestal, not arrogantly announcing its existence but coolly (its signature) singing its own praisesong as swathes of light and behind the camera love washes over it. In each moment a small but significant revelation is made. Each revelation offers us the opportunity of an Epiphany – to think a thought about a Black man that we have not thought before. Professor Rinaldo Walcott is a cultural critic and Canada Research Chair of Social Justice and Cultural Studies at the University of Toronto. He lives and writes in Toronto. 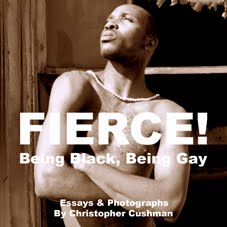 FIERCE! Being Black, Being Gay in America

"What Chris has done with this important collection of images, Fierce: Being Black, Being Gay in America, A Photographic Essay, is to seek, lift, and affirm the identity and visibility of men-who love-men and express it in many ways. His photographs display Midwest American men from the outlandish and flamboyant, to the subdued and subtle. You’d think these were “ladies who lunch;” muscular men dressed for the “Park” in lace, and floppy hats to give effect for all to see. Brothers connecting in places we know are safe, such as our nightclubs, the discos, and special events targeting our interests.

The importance of Fierce is paramount: all men are created equal, and share a space on earth. These portraits of men have to be recognized as God’s beauty and not His damnation. Time will thank those who were strong and dared enough to express themselves for all to see and appreciate in a manner that’s loving and creative. Time will also thank us for not living in a paranoid state of mind, and afraid of our own shadows. Remember, this cluster of work isn’t Robert Mappelthope’s approach to black imagery, but the approach of documenting men as they wanted to be seen: with and without sexual stimulation, for shock value."